Home
Application Security
How to Choose the Right Parameters for Argon2

Argon2 accepts three parameters you can use to tune the algorithm to your needs. In this post, I’ll discuss these three parameters and hopefully give you the tools and knowledge to show you how to choose the best parameters for your scenario.

As I’ve discussed in ad nauseam, storing passwords in a system poses countless security threats. Storing strong, cryptographic hashes of passwords in a database is one mitigation against an attacker who is able to breach your system. But it doesn’t stop here.

There is a delicate balance between execution time and required resources when calculating a password hash. Your goal is to maximize the time it takes to calculate a hash to prevent an attacker from performing a brute force attack. However, your goal is to also minimize the cost to your system so that your product doesn’t come to a grinding halt when someone wants to login.

Argon2 allows you to manipulate three parameters in an effort to find this sweet spot:

Before you can begin to choose the parameters for Argon2, you need to consider what the execution time of the algorithm needs to be. This will unfortunately create some tension with recommended UX response times. Unfortunately (and fortunately) for the user, security really needs to win out here.

Choose the Degree of Parallelism

Choose the Amount of Memory

The cost of computing a password hash should be “dominated by memory-related costs“. The more memory you throw at Argon2, the more resources the algorithm takes up and the more computationally expensive the process. The only way that an attacker can negate this is to purchase more memory. The hardware requirements quickly make the cost prohibitive.

Choose the Number of Iterations

From what I can find, there isn’t a documented minimum number of iterations. The Argon2 documentation does allude that a single iteration with higher memory usage is acceptable. Some contributors to the algorithm recommend a minimum of 2 iterations. Argon2’s benchmark utility utilizes 3 iterations. Libsodium’s implementation utilizes 4 iterations for sensitive operations. And the OWASP password storage cheat sheet is out there in left field by recommending upwards of 40 iterations.

Unfortunately, there is no clear guidance and I am no cryptographer. Libsodium, however, is held in quite high respect, so a minimum number of 4 iterations is probably conservative. Thus, if Argon2 completes the password hashing algorithm in an acceptable amount of time using less iterations, decrease the memory usage and then increase the number of iterations until you reach the execution time limit. Repeat this process until you surpass 4 iterations.

I’ve taken the liberty to throw together a small .NET Core command line application that eases the burden of choosing the correct parameters. You can download the code from GitHub here.

Simply execute the following commands to clone the repo and perform the Argon2 calibration function:

By default, the application will use a degree of parallelism based on the number of CPU cores. It will use a minimum of two iterations and a maximum of 1 second for execution time. Use the -h parameter to see a list of options that you can use to fine tune the algorithm. The application will run and show you the best results, similar to:

It’s important to note that this application needs to executed on the server under the configuration for which you intend to perform authentication. The above was executed on a business-grade company laptop, not an application server. Results will vary and you need to select parameters that will match your production environment.

Alternatively, you can utilize a library, such as Libsodium. A popular library, such as this, has reasonable parameters built into the platform. This not only reduces the choices that you have to make as a developer, but also prohibits someone from making a blatant mistake. Using a library comes with the added bonus that, if a library is ever updated, simply pulling in the update will yield more accurate parameters.

The downside is that, if you know what you are doing, it’s difficult to get the fine-grained control over the algorithm that you might need. Still, choosing reasonable defaults from a library such as Libsodium is a much better alternative to using blatantly bad parameter choices.

In a future post, we’ll discuss how to properly use Argon2 from both .NET and Java applications. So stick around. And, as always, if you have questions or comments, please leave me a comment below. 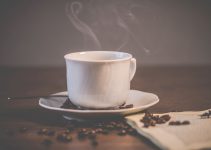